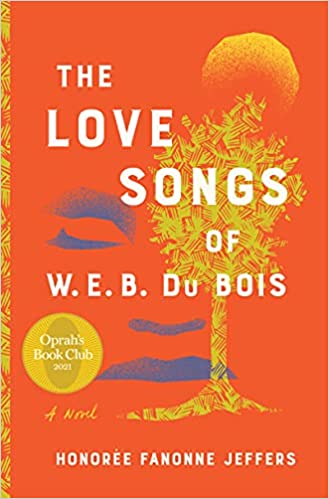 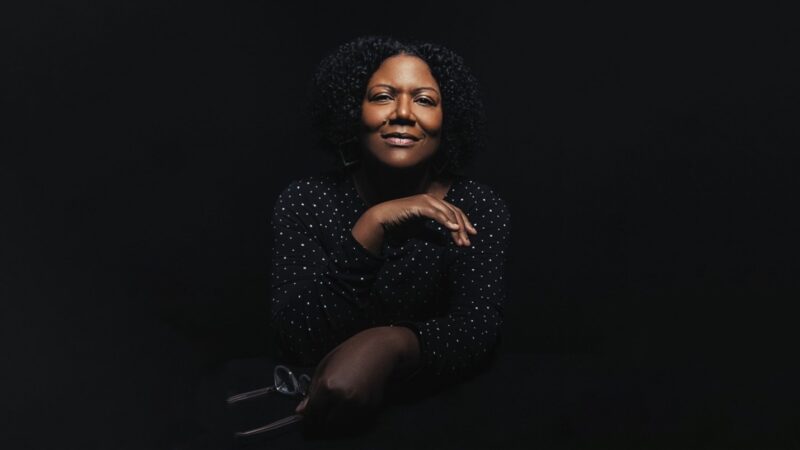 Honorée Fanonne Jeffers, Class of 1989, is the author of the highly acclaimed novel, “The Love Songs of W.E.B. Du Bois.”  The novel, that traces centuries of Black history, told by a contemporary narrator, in the American south, has been designated an Oprah Winfrey Book Club selection.

Jacqueline Woodson, Author of “Red at the Bone” and “Another Brooklyn” calls “The Love Songs of W.E.B. Du Bois” a “sweeping, brilliant and beautiful narrative (that is) at once a love song to Black girlhood, family, history, joy, pain, and so much more. In Jeffers’ deft hands the story of race and love in America becomes the great American Novel.” A full review of the novel is available at Review: ‘The Love Songs Of W.E.B. DuBois,’ By Honorée Fannone Jeffers : NPR 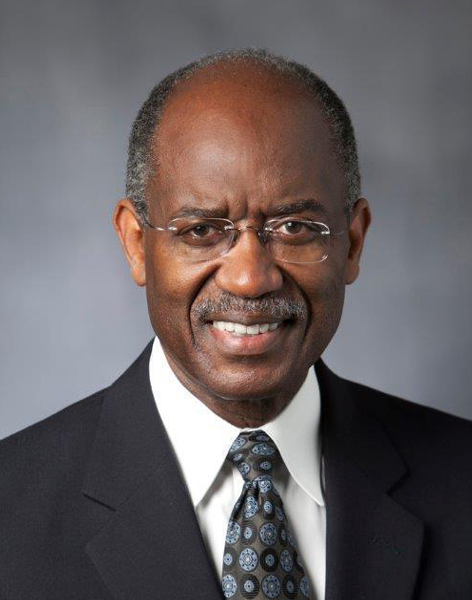 The Society for Epidemiologic Research is pleased to announce the “Sherman A. James Diverse and Inclusive Epidemiology Award”. The award will recognize an individual who has demonstrated research, teaching or service that expands the scope of the field to under-represented or disadvantaged populations or researchers, and with an impact that has facilitated greater diversity and inclusiveness.

Core criteria for selection include interdisciplinary contributions or leadership to diversity and inclusion related efforts. This could include research, policy, community engagement, public health practice, program development, teaching and/or mentorship.

Sherman A. James, currently the Susan B. King Distinguished Professor Emeritus of Public Policy at Duke University’s Sanford School of Public Policy, worked at the University of North Carolina-Chapel Hill from 1973 to 1989 and at the University of Michigan from 1989 to 2003. At Michigan Public Health, he was the John P. Kirscht Collegiate Professor of Public Health, a professor of epidemiology, the founding director of the Center for Research on Ethnicity, Culture and Health (CRECH), chair of the Department of Health Behavior and Health Education, and a senior research scientist in the Survey Research Center at the Institute for Social Research.

James’ research focuses on the social determinants of racial, ethnic, and socioeconomic disparities in health and health care in the United States. He is the originator of the John Henryism Hypothesis which posits that repeated high-effort coping with chronic social and economic adversity rooted in structural racism is an important factor in the early onset of hypertension and related cardiovascular diseases in African Americans. Dr. James is a long-standing member of SER which includes service as President in 2007-2008.

The Sherman A James Diverse and Inclusive Epidemiology Award is sponsored by the University of Michigan School of Public Health and Department of Epidemiology.

The inaugural recipient will receive the award at the 2022 SER Meeting to be held in Chicago. Nominations will be accepted September 30, 2021 – January 14, 2022. 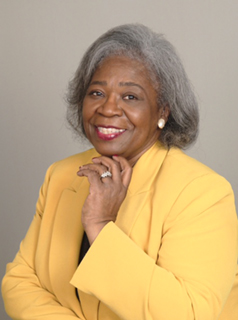 Marion Lee Johnson, class of ’67, resident of Plainfield, NJ will be receiving an honorary Doctoral Degree from Bloomfield College, Bloomfield, NJ on Friday, May 21, 2021. Bloomfield College will be holding in-person Commencement ceremonies to recognize the Class of 2021, and the Class of 2020, at which time an honorary Doctor of Laws (LL.D.) degree will be conferred upon Dr. Marion L. Johnson for her significant contributions to public service. Her work at the Boeing Company as an Associate Engineer, working on the Apollo 11/Saturn V Manned Lunar Landing Mission has dubbed her as “New Jersey’s Hidden Figure”. 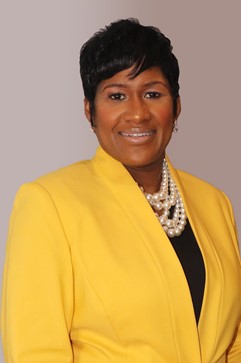 .  As VP and CTO, Wendy will be responsible for all technical operations across all platforms in addition to Watson Advertising. Wendy brings more than 20 years of experience to this role. She has held several different technical leadership roles, including overseeing all aspects of consumer engineering for The Weather Channel and Weather Underground. She also co-led the migration to IBM Cloud. Outside of work, Wendy is very passionate about encouraging women and children to be educated and exposed to STEM. As a wife and mother of two, she is a board member of Women in Technology (WIT) and the East Atlanta Kids Club, among other non-profit organizations where she volunteers her time and resources.  Wendy attended Talladega College as a Math scholar and graduated with a BA in Mathematics.  She earned her Master’s degree at Jackson State University in Computer Science.  She continues to blaze trails and shatter glass ceilings for women and minorities in technology. 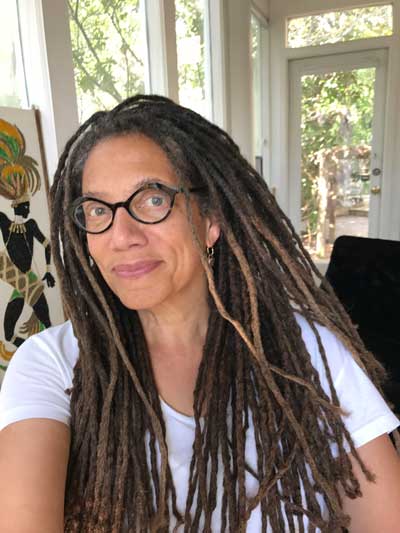 The Sewanee Review is pleased to announce that Nikky Finney is the recipient of the 2020 Aiken Taylor Award for Modern American Poetry. 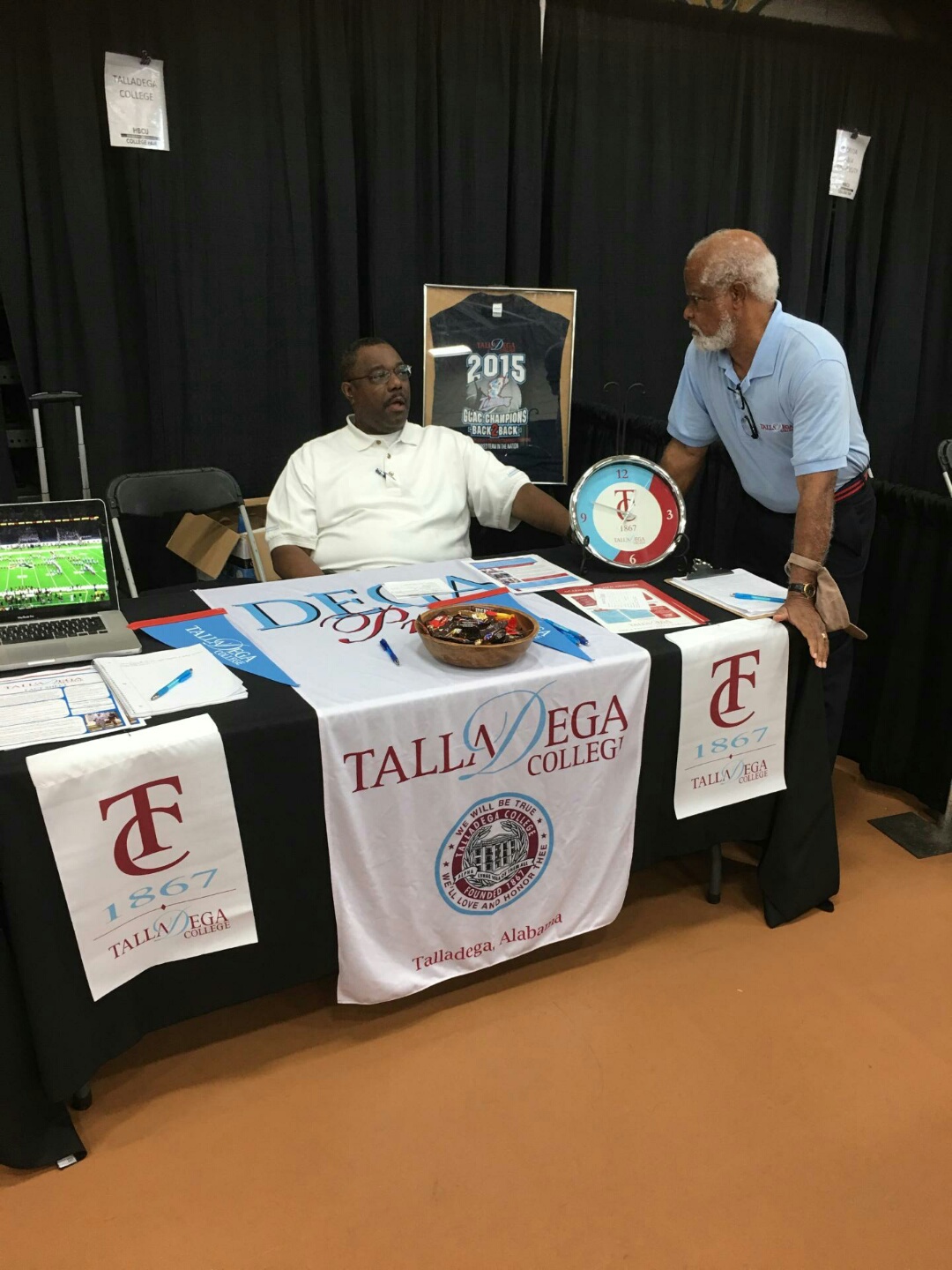 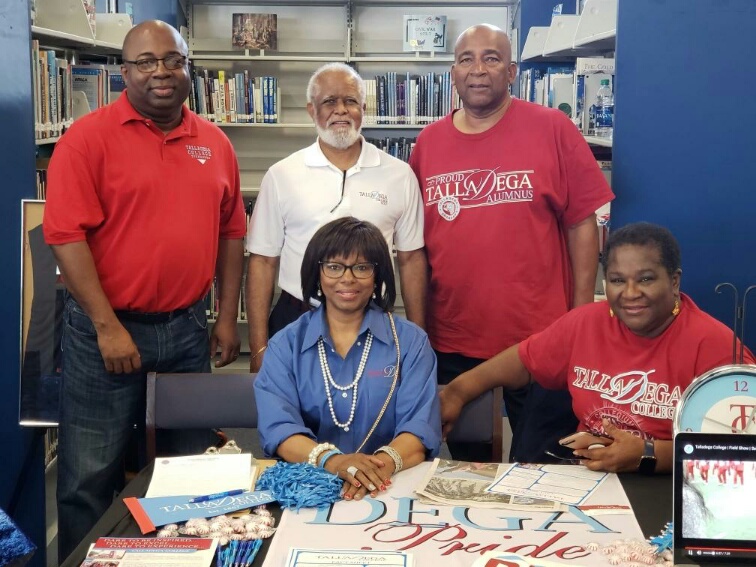 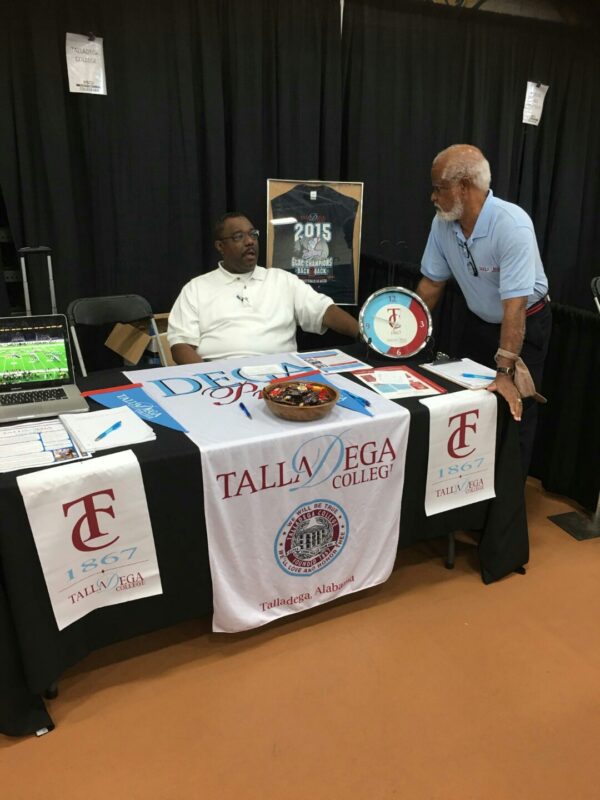 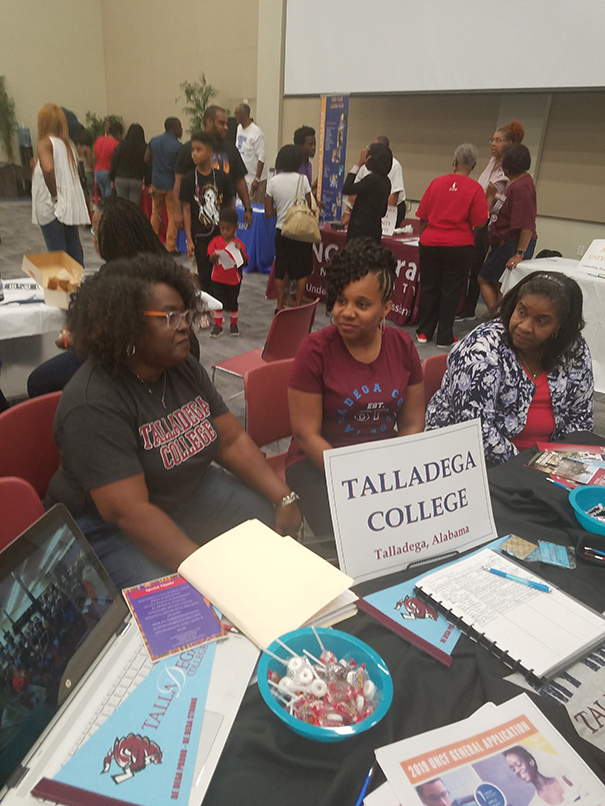 The Western Carolina TCNAA Chapter, under the leadership of Darron Lockett. ’90, has been very active in promoting Talladega College to high school students in the Charlotte, North Carolina area.  On September 28th the chapter participated in the HBCU Day, sponsored by Friendship Missionary Baptist Church in Charlotte.  The chapter forwarded information to admissions on eighteen students who expressed an interest in attending ‘Dega. 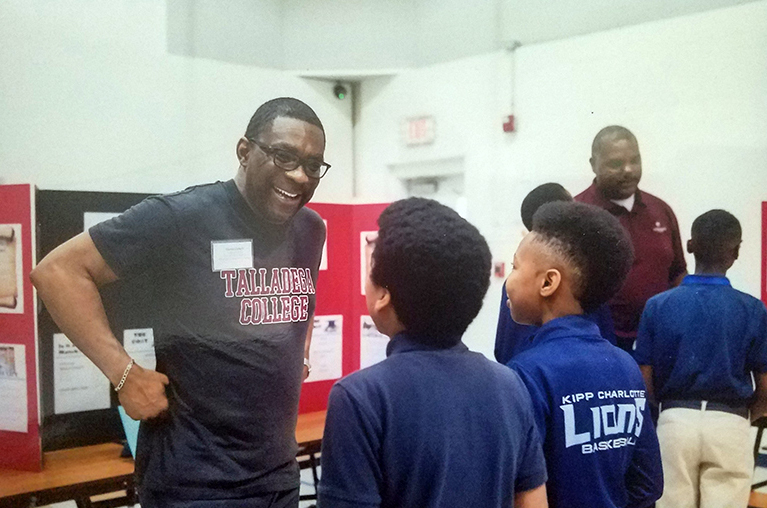 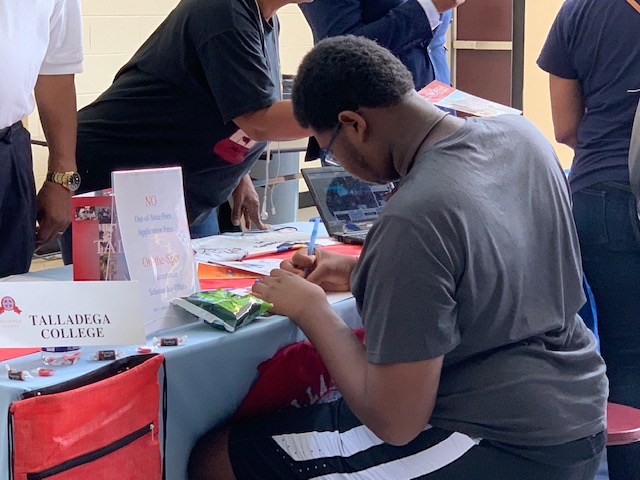 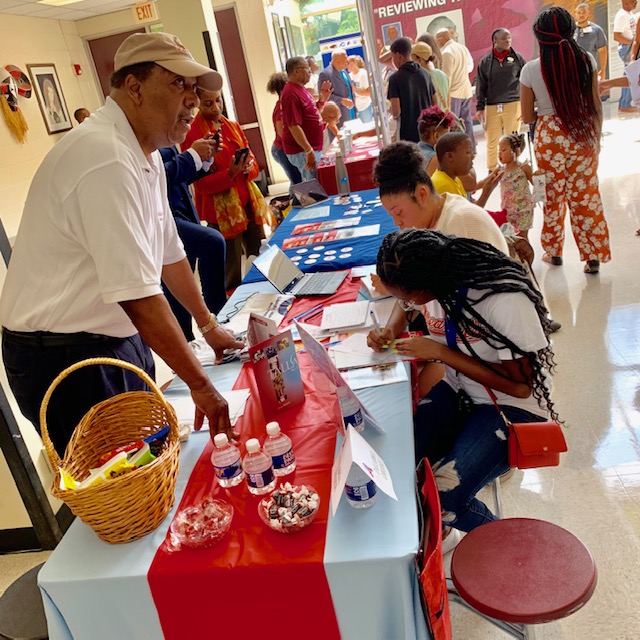 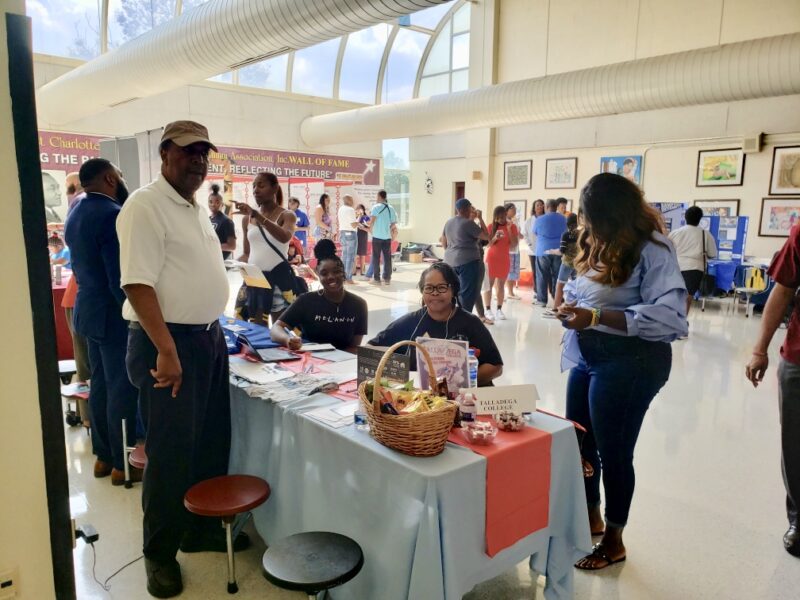 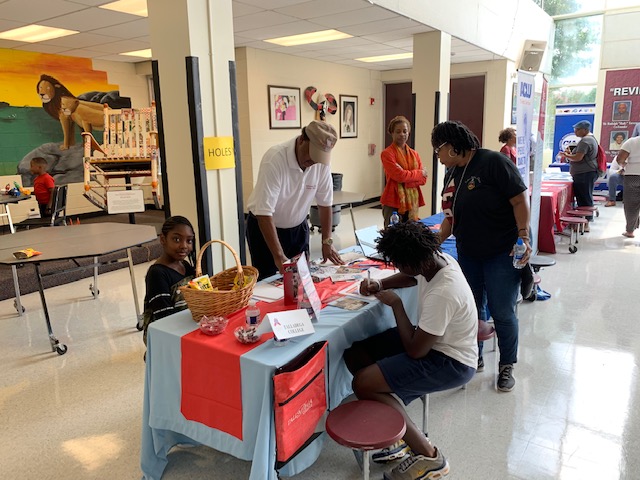 On September 28th the chapter participated in a follow-on event, the HBCU Fair, held at Friendship Missionary Baptist.  On that occasion 58 additional students expressed interest in Talladega College.  Their information was shared with the college. 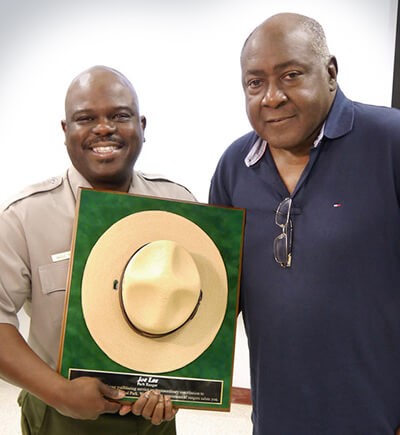 recognized Dr. Joe Lee, Talladega College Class of 1968, for his service as the first African American Park Naturalist. Superintendent Cash presented Dr. Lee with a mounted ranger hat in honor of his contribution to the history of the National Park Service.

Superintendent Cash stated that “His service fifty years ago broke employment barriers that once discouraged people of color from seeking employment in National Parks. He stepped bravely into unknown territory and paved a path for people like me to follow in his footsteps.”

The Superintendent also presented Dr. Lee with a framed photograph of all the park naturalists working in 1967, including two additional African Americans.  Dr. Lee shared memories of his park service journey with high school students, public officials, and the media at an event held  at William T. Dwyer High School in Jupiter, FL.

“I am overwhelmed that officials from the park would come to see me in the twilight of my life and recognize me as a trailblazer by being the first African American Park Ranger Naturalist in the Smokies,” said Dr. Joe Lee. “I have a deep, abiding respect for Superintendent Cash for following up on the call I made about my time as a Park Ranger. Now, I have proof for my grandchildren and their children about my time in the Great Smokies.”

Dr. Lee, who resides in Juniper, Florida, remains active in supporting Talladega College and its associations.

The park has recently embarked in an effort to better understand, share, and preserve the rich history of African Americans who lived in and around the southern Appalachian mountain region, both before and after the establishment of the park.  The National Park Service (NPS) strives to preserve the history of all people across the nation. Through this important project, the park is uncovering untold stories of African Americans who visited, lived, and worked in this region. 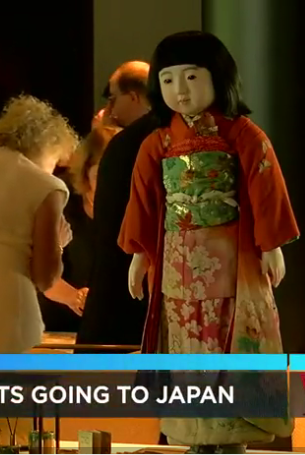 Please click on the link below to view the news interview of Dr. Hawkins by WBRC-TV out of Birmingham, AL on August 22, 2019. 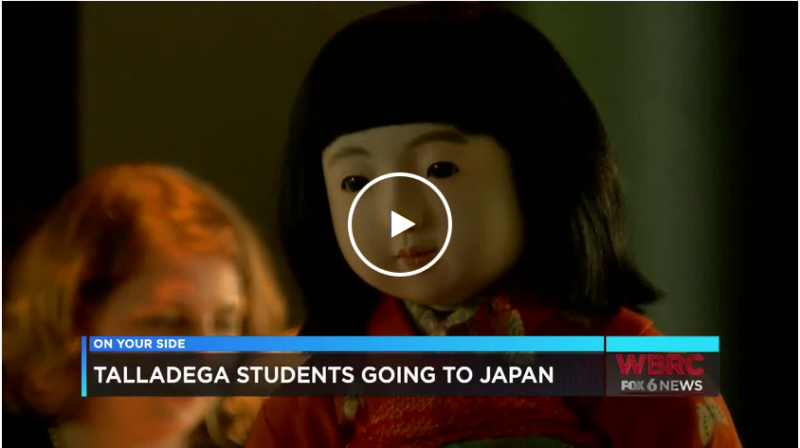 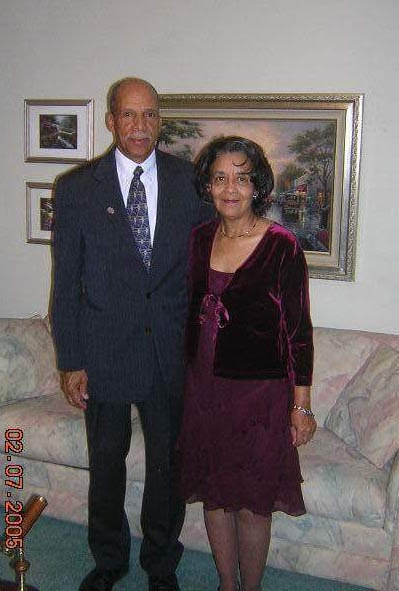 Leonard is a retired Assistant Principal from Niles High School,Niles,Michigan. Kathleen is a retired Material Scientist from Clark Equipment Company in Buchanan, Michigan.

Their three children, Donna, Anthony and Andre hosted them for a Celebration Dinner. 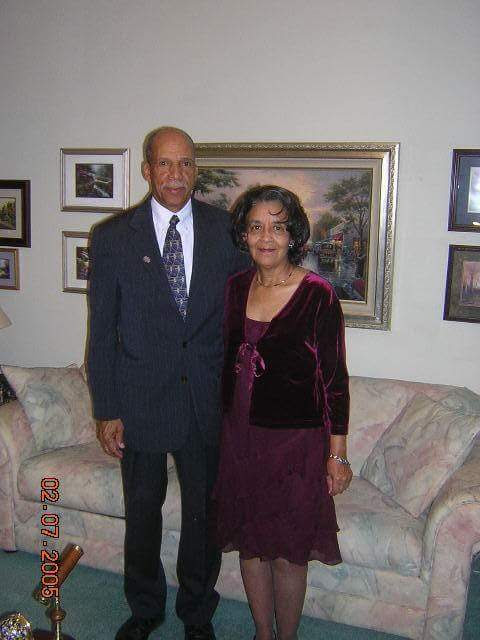